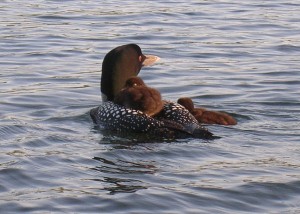 Until Dad and I went fishing, I didn’t know. We went up to Granite Lake and borrowed Uncle Louie’s boat like he said we could.

It was early and we were tired on the way up, but we didn’t mind. We knew it would be worth it. The jeep was slow to start and rough riding because it was so cold. We stopped at Elm Street Market and bought sodas and sandwiches. I picked ham and cheese. Dad took an Italian grinder. We put them in the dark blue plastic cooler we use when we go fishing. We put our lunches in there with the bait. The bait was in the coffee can mom gave me the night before when dad and I went digging. It had holes punched in the top.

Uncle Louie and Aunt Babs were up when we got there. They get up early every morning. We didn’t talk long. Had to get out on the lake. Uncle Louie and Aunt Babs live on the lake year round. They have a rowboat, a canoe and a pontoon. We took the rowboat. I sat in it and buckled my life preserver while Dad untied and pushed us off. Dad doesn’t wear a life preserver but I know, if I want to go, I have to. It was sitting on the seat waiting for me when I got in. Uncle Louie got it out while we were talking to Aunt Babs who was talking to her cats. He left a cushion for each of us too.

Dad paddled because he knows how to do it quiet enough not to bother the fish who were sleeping. In a minute they’d get up for breakfast which we had brought in the cooler with ours. That’s why you go early, before they wake up. When they’re hungry, like everyone is in the morning, they’re sure to bite and you’re right there handy with the food. You have to keep quiet the whole time so they don’t catch on that it’s fake food.

He took my pole and cast it out himself a couple times. “Use your elbow more,” he said. “Not your whole body. It’s more from the arm.”

He cast out a few more times while I watched. I saw what he meant and nodded my head when he asked, “Do you see what I mean?”

“Here, you try,” he said. He handed the pole back to me. “See if you can feel the difference.”

I took it and practiced. It went farther when I used my arm more.

“There you go. You’ve got it now,” Dad said. “Did you feel the difference?”

“Less work for you this way, is all,” he said. He had his blue fishing hat on. I had mine on too, only mine’s denim and I don’t have tackle hanging off it like Dad does his. It dangled down onto his glasses.

I left my pole in and looked around. The lake was quiet. It seemed like everything was sleeping. I could see a couple other boats out, but nothing was moving, not even the water. And there was no sound.

We were near the island. The one we swim off and pick blueberries on in the summer. No one was on it. I tried to see the bottom but I couldn’t. We must have been in a deep part. When I dipped my fingers in to see, it was so cold, I pulled them back out again fast. Dad laughed. “Wouldn’t want to fall in that water today, would you Lees?” He said.

Then the bugs started. They were biting me everywhere, those buggers. Right through my sweatshirt and jeans. I tried not to brush them away. They were hanging around Dad’s neck. When I saw him swat some away, I swatted too. I could have kept swatting all day, but I didn’t.

“Should have brought that bug dope. Don’t know why I didn’t think of it. I can see it too. I could put my hand right on it. You sure you want to stay out?”

“Catch a good feed. Take it back to the gang.” Dad said. “Mom loves a good fish fry.”

I nodded my head. Then I thought, I don’t even care if we catch fish. That’s what started me wondering. There are certain things I like to do. I like to weed in the garden and watch plants grow. I like to climb the apple tree out back and I like to fish. But it doesn’t matter that much if we catch any fish or have food from the garden or apples from the tree.

I saw the ducks coming a long way off. They were out for their morning feed. The people who live on the lake give them food. When we stay up there in the summer, Mom saves the old cereal for us to give them. They got pretty close. Dad and I reeled our lines in so they wouldn’t get tangled in them. We watched them paddle by. It looked like a family. There were four big ones and some babies—one was pure white. They were being quiet. I think they knew it was morning. I wished I had some food for them. I thought about the sandwiches in the cooler but I couldn’t give them those. That was fresh bread. They nipped at something on top of the water. Maybe the plankton.

In school, my teacher told us about the life cycle and that little stuff you call plankton. I tried to look for it on the surface of the water. I saw some yellow stuff floating and thought that might be it. I couldn’t be sure though. I thought about asking Dad but I didn’t.

When they swam away, they left a current like a boat leaves, only smaller. It was the only time the water had moved. I watched the ripples come and meet the edge of the boat. The sun was trying to come out—breaking through the clouds behind us now and then—making streaks on the water.

When I cast back out, Dad said to me, “Look around you, Lees, and listen. It doesn’t get more beautiful than this.”

I touched my hand on my hat, looked around, then up at him. His hands were on his pole. His face was straight ahead. “Remember Lisa,” he said, “It never gets better than this.”

He cast his line back out. I heard it land.