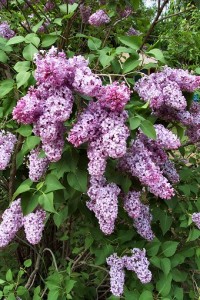 Carmen says, “Come and play The Partridge Family and I say, “I don’t know,” because I’m busy with my trucks. She has this great episode planned and she says she needs everyone’s ‘co-operation’ so it will be really good. She says she knows I’ll have fun once I ‘get into it.’ She says, “You know you’re always glad you joined in after you ‘get into it.’ So, come on, or else you’ll miss it.” She says, “You can play with your trucks anytime.”

But see, I don’t want to play with my trucks ‘anytime.’ I want to play with them now. I’ve got them all lined up on the dirt sidewalk out front of the house and I’m just getting ready to have them make that long trip down the highway. And she’s wrong about that—about playing with them anytime cause see I can’t play with them when it rains—not outside like I like to make them on the highway, and some days I go to the park and then there’s these days where I end up playing The Partridge Family. So, you see, I don’t get half the time with my trucks that I want to.

But then, there she is, standing there above me with her arms all on her hips and I know I’ve lost. Man, I don’t have a chance.

“Yes. Ted is already down there, practicing his lines.”

“Look, Peter, if you continue to not play, we’re going to have to give your part to someone else and I hate to do that because you’re so good in your part.”

“Can I bring a truck then, for when I’m waiting?”

“Good. Oh, great Peter. Great. This is going to be the best yet. You’ll see how much fun it is. We’ve been writing the script all day and it’s a good one.”

Yeah. Yeah. Nothing’s ever half as much fun as it seems in Carmen’s head. But I go around back anyway where this ‘great episode’ is going to happen and there’s Paula and Angela over by the swings already looking limp and bored and Ted on the teeter. The older girls are in the middle of the yard discussing the script.

“Get over by the teeter with Ted,” is what Carmen tells me, so of course, I hop on the other end and we start the old up and down. I give Ted a little bump and he gives a big one back then the pancakes start. I get Ted a good one so that even my butt stings.

“Stop that you guys! I didn’t say, ‘teeter,’ I said, wait over here by it until it’s your part. You need to keep quiet. You know that.”

“We don’t know our part either,” Angela says, “and I’m sick of waiting. I’m bored. Come on, Carmen.”

Carmen walks back over to the girls and discusses some more. Then she comes back.

“Now, this is what’s going to happen. First scene: Reuben comes to tell me that he got us a booking for another tour. We’ll have to be on the road for a while again. Then I go and tell Laurie and David and Laurie gets upset because she’s met this boy she likes. The boy will be played by Sophie because she has a small part in this one and because the boy and Reuben never appear in a scene together. So, Laurie’s upset. She doesn’t feel like going on the road because she knows she won’t see him for a long time. David helps her out and consoles her and, at the end, the whole family is on the bus again, like always, singing a song.

Ted and Peter, you have two parts. One is in the dinner table scene. We’re all sitting around the table having dinner and the two of you start teasing her about the boy. You know, stuff like, ‘Laurie’s got a boyfriend,’ so she cries and leaves the table. That’s when David follows her outside and consoles her. Then, you’re on the bus at the end with all of us—you know, over on the ladder.”

“I’ll tell you when. Paula and Angela, your part will be a scene where the two of you are discussing boys and what you’ll do when you get older, like Laurie. You’ll be on the bus at the end too. Got it?”

“Where do we do our scene.”

“Right here by the swings.”

“Oh, Angela, it won’t be all day. Don’t be a grouch again. Now, keep quiet over here and watch. We’re starting. ACTION.”

Carmen goes and stands by the clothesline. She stands there. She’s still standing there and nothing happens. She slaps her arms on her sides, turns around and says to Sophie, “What are you doing?”

“Was that my cue? I forgot,” Sophie says and laughs.

“Come on. Start over. Places everyone. ACTION.”

This time after Carmen stands there, Sophie comes and knocks on the fake door and tells Carmen about the new tour and Carmen runs excited and tells Lisa and Julie and Julie looks all upset and runs away.

Julie goes and sits on the bench way on the other end of the yard and Sophie sits next to her, but now she’s the boyfriend and then Carmen yells again, “ACTION.”

Sophie and Julie are talking but we can’t hear them.

“Tomorrow is Arts and Crafts day at the park,” Angela says. “I don’t care what Carmen says, I’m going. They’re going to build pop sickle houses.” Angela starts to swing and the swing makes noise and I can just tell—

“Quiet over there, you guys! Do that scene over again, Julie and Sophie. That was bad. Stop Laughing.”

“Paula,” Angela says, “Come to the park with me tomorrow. Okay Paula?”

They start the scene over but I still can’t hear them. Paula is twirling her swing around tight then letting it untwirl. Then she starts in with one of her made up songs about the Lilac bush behind her. Ted pops back on to the other end of the teeter. We’re seeing how slow and quiet we can make it go up and down.

It brushes on my back

When I swing it grabs my back

“Knock it off you two. Why are you being so bad today?”

“Just a minute will be your part. Please. Just a little longer. Do that one more time. Lisa get into it more.”

“Doesn’t anybody care today? All right, run through from the beginning again with no breaks.”

Angela gets off the swing and is walking away.

“Where are you going?” Carmen yells.

“I want to play with my dolls.”

“Forget her then. Grouch. We’re going to run through the whole thing from the top with no stops. Boys, get ready. You’re in the scene after the bench.”

They start over again.

The purple flowers so pretty

When it’s blooming and I swing

It reaches for my feeties

I sure don’t want to hurt you

Why do you reach out for my shoe?

Paula’s pretty weird sometimes, but Mr. Lilac Bush? I make a face to her, like, quiet down!, because if Carmen makes them start over again I can’t take it. She looks at the ground and says it soft, moving her feet in the dirt.

When will you bloom again?

I miss your flowers

Don’t want to hurt you.

“Scene three. Dining room. Come on, everyone. Paula, you too. Over here at the table.”

Paula walks over, so slow I could kick her, still singing Mr. Lilac Bush. “Want to hear my song?” She says to Carmen.

They start a fake conversation and that means it’s our turn. Ted says, “Laurie loves Bobby,” and I say, “Yeah what a kootie machine,” and then we go:

Laurie and Bobby sitting in a tree

Then comes Bobby in a baby carriage.

Julie has already left the table crying but we go on:

Laurie and Bobby sitting in a tree

“Enough already. We need to get on with the other scene.”

Then comes Bobby in a baby carriage

It’s you who I’ve been missing.

I take my truck and go sit on the ladder. I sit up front so I can get away fast after the last song and run back up front to my trucks.

Will she ever stop that stupid song? Carmen always has the last scene on the bus which is the ladder. We each take a rung, sing a song, wave to Reuben.

“Do that scene again Lisa and Julie. I wish you’d stop laughing. This is serious. Get serious.”

“I can’t help it,” Julie says, “Her nostril keeps flaring when she sings to me and it’s funny.”

“Then don’t look at her nostril. Look at the ground or something. Come on.”

They start again but they laugh even before they start the scene.

Julie and Lisa are rolling on the ground laughing. I take the chance and run back up front to where my trucks are right where I left them. Come on guys, I say, we’ve got a long way to travel.

“Is the skit done?” Angela asks me from the porch where she’s into it with her dolls.

Let’s move, I’m running my trucks up and down the highway. When I stop to gas up, I hear it again

Your branches are so pretty

Please don’t let me kick you

She walks by me slow, like she doesn’t even see me. I don’t know how anyone can walk that slow. She’s got a leaf in her hand, from the bush. And she’s singing to it. She walks up onto the porch where Ang is.

“Yeah, sure, Paul. Me and Annie will listen. Maybe you’ll sing her to sleep. It’s time for her nap now and I haven’t been able to get her to sleep.”

I know you are so pretty

Why do you grab my feeties?

“Come to the park with me tomorrow.”