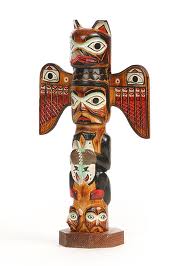 I knew there was an Indian Guides meeting here last night when I got home from school yesterday and found Mom baking. She always bakes desserts for them to have after the meeting.

Mom is very helpful to the Indian guides. She made vests for them out of this leather material. Well, it isn’t really leather—it’s somewhere between leather and plastic. Anyway, they all wear them to the meetings—those and their headbands with feathers in them. They get a feather for each new thing they do. You can always tell someone who has been doing a lot because his head looks like a peacock.

Dad and the boys are pretty active in the Indian Guides. There’s a meeting here once a month and at other houses the rest of the time. A couple of times a year, they go on camping and fishing trips. They always come back with the funniest stories to tell us, like the time Dad and his friends stayed up late and played poker. His friend had to get up early in the morning so he went to sleep before them. He was snoring, burping and farting in his sleep so loud that one of the other men asked “is this guy going to blow up or take off?”

Sometimes I wish that I could join. But that’s silly. No girls can join the Indian guides.

I didn’t feel like having a meeting here last night. I had a whole TV night planned. Wednesday nights are my favorite. Little House on a Prairie is on. Since there was meeting, I had to sit up in my room all night. We girls have to go upstairs to our room during the meetings. Mom stays in the kitchen. When the meeting is over, she comes upstairs and calls us and we go down and serve desserts to the boys and their fathers. We have to serve coffee to the fathers. I hate serving coffee because I always spill it. Sometimes there are no desserts left for us. That’s the worst.

For some reason, they can’t see girls during the meetings. We have to take care when we walk across the hall from the bedroom to the bathroom that none of them see us. I usually don’t chance it because I just know the minute I open the door I’ll see feathers making their way up the stairs.

The thing I hate the most is that I have to change out of my play clothes back into my school clothes. We have to look nice to serve the desserts.

Last night around seven o’clock, a car pulled in and they started taking the totem pole out of it. I was staring out the window, trying to get a good look at it, when Mom said, “Paula, get upstairs.”

I was a little upset because I never get to see it. Sometimes I look at it when I’m serving dessert but I have to be careful not to hang around in there too long. My best chance is when they are carrying it out after the meeting. Something about it is really neat. It’s about ten feet tall, painted in all different colors with a big scary face carved into the top of it.

All us girls share the same room, so we were all sitting on our beds talking, we knew the meeting had started because we heard them all say, “How.” That’s how they start and end their meetings. Last night none of us girls felt like sitting in our room all dressed up. Little House on a Prairie was continued from the week before and we were missing it. The meeting seemed to be lasting forever. Then Angela said, “I know. Why don’t we write a note to Mom and drop it down the stairs?” So, we wrote a note on a tiny piece of paper that said, Mom, can we come down now? Then we dropped it down the stairs and it landed right on the bottom step. I don’t know what Mom was doing in the kitchen but she did not see the little piece of paper float down the stairwell. Lisa was peeking between the rungs in the banister to see what Mom’s answer would be when one of the men from the meeting came out of the living room. He walked right over to the stairs, bent down and picked up the note. Then he read it! He took it out into the kitchen, handed it to Mom and said, “I think this is for you.”

We were laughing so hard that we had to slam the bedroom door and smother our faces in our pillows. Then this man came upstairs to use the bathroom, so we were laughing even harder. After he went downstairs, Lisa went out and peeked between the banisters again. This time Mom was standing there shaking her head, ‘no.’ A few minutes later, Ted came upstairs and told us that we could come down and serve the desserts. “Mom seems mad about something,” he said. “What did you guys do?”

We told him but he didn’t think it was too funny. We went downstairs giggling but stopped quick when we saw Mom’s face. We were all a little surprised at Mom’s reaction because we were really sick of being sent to our room like dogs and we thought maybe she’d understand.

After everyone left, Mom said to us, “You girls know you shouldn’t have done that.”

“But why, Mom?” We asked, because we really didn’t understand.

“Because there are simply no women allowed at these meetings. You know that.”