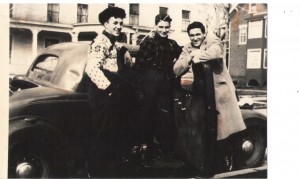 My uncle, Carmine J. Dintino, (on the far left) died on one of the beaches of Normandy, France on D-day, June 6, 1944. He was 21 years old. He was the oldest son of my grandparents who immigrated from Italy in the great migration at the turn of the century. Their first born being called back to the European continent in such a way and dying there was a burden more painful than either of them could handle. My uncle’s ghost haunted my childhood. He was their beloved shared dream that they never recovered from losing. 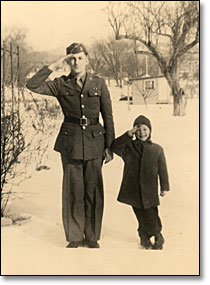 My dad was only 5 when my uncle left for the war. My aunt was 15. She was 16 when she opened the door of the family home to see two uniformed men ready to give her the bad news. They told her, a 16-year-old girl, that her brother was dead. She ran down the narrow street of their immigrant neighborhood in Keene, New Hampshire screaming and half out of her mind. He was her older brother, hero and best friend.

It is a tragedy my family has never recovered from which always makes me realize the enormity of war. If this one death had such a profound effect on my family for generations, imagine all the many deaths incurred in that one day which must have had similar shock waves.

This January while in France, I decided to go pay respects to my uncle at the place where he died. I knew my grandparents had gone there in 1959 on their one and only trip back to Europe.

I journeyed there from Paris. The landscape is beautiful and serene. Hard to think of all that transpired there almost 70 years ago and how terrifying it must have been for those who survived that beach incursion to continue pushing forward through open and unprotected farmlands. 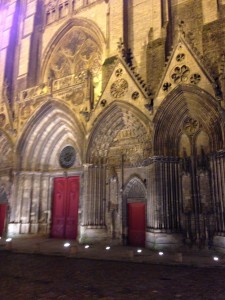 We stayed the night in Bayeux, the first village to be liberated by the allied forces in WWII. The town is still largely a memorial to D-day. On our hotel’s exterior was a poem written to the event and inside on all the walls are pictures and memorabilia. This coming June is the 70th anniversary and they are expecting huge crowds. It made me realize how horrible German occupation must have been for the French and how they suffered under it for many years.

Bayeux is a particularly picturesque town with a very large cathedral, cobblestone roads and the Tapestry of Bayeux on display which shows, in embroidered form, grisly details of a previous war culminating in the Battle of Hastings in 1066. 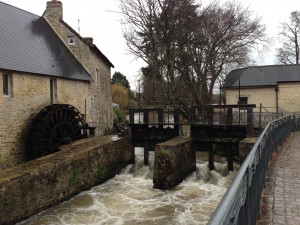 I journeyed from there to the cemetery—about a half hour drive. After locating it and getting through security, I was guided through a memorial telling of the events leading up to D-day and “operation overlord,” with video footage from the times and personal biographies of some who died there.

After this tour was a courtyard vigil and a meditation hall where the names of all the dead are continuously recited, which leads out into the unfathomable cemetery of infinite white crosses and 6 pointed stars. The families were given the option of which marker they preferred. In the middle of the graves is a round chapel-like structure dedicated to peace.

The whole place was held in reverence and grace by the international military staff. All the visitors were respectful, most lost in deep though and reflection as they walked the many labyrinthine paths outside and left flowers and offerings at the graves. 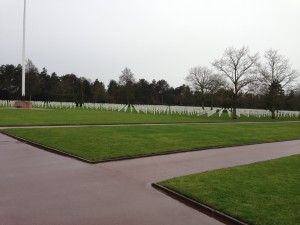 My grandparents chose to have Carmine’s body returned to them in New Hampshire. He is buried there, not in this cemetery. Below the cemetery is the beach where so many lost their lives. I walked down the many granite steps to it.

The beach is starkly beautiful and tranquil. The sand has a red hue. I went where there was only the beach, nothing else. One could sit quietly and take in the grief held there as well as the healing. The water, the soil who witnessed it all, still holding the terror and memory of bravery and loss. The place that received all that blood and anguish, continuing its in and out pulse, with each entering and exiting wave, washing itself clean. 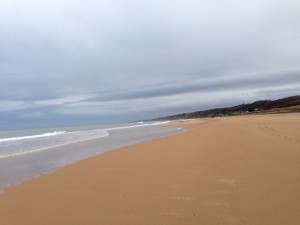 I had brought offerings for the sea and my uncle. I found a place to deliver them along with prayers for healing of all the painful residue still making its way through my family line. The water came to claim it as her own, mid-pour, getting me completely wet. I could barely offer it quickly enough. Rest in peace, Uncle Cam.